David Zayas is an internationally renown street artist from Puerto Rico who combines a great sense of design alongside funny situations. David Zayas was born in Ponce, Puerto Rico in the year 1983.

In this clip we view Zayas at work on a mural featuring a shark and child via timelapse:

The artist created a large body of work in Puerto Rico.

In this clip a brief interview with the artist and some additional works:

Zayas is currently a professor at the Universidad Metropolitana located in San Juan, Puerto Rico.

David Zayas is a highly talented painter who is always creating fun visual patterns for the eye. I enjoy the many different textures he creates in his work from human skin, flowers, clothing, to wood. The artist is a great example of contemporary street art and illustration!

Sasha Stone was an internationally renown photographer from Russia. Sasha Stone was born in Saint Petersburg, Russia in the year 1885. His birth name was Aleksander Steinsapir. Stone is best known for his work with the female form.

Stone began his career as a painter, but due to little success and the difficult economic times he switched to photography. In this field Stone worked with portraiture, property, advertising, and fashion. He was very successful in the 1920’s and 1930’s.

He married a woman named Cami. The couple would go on to open their own photography studio. The couple divorced but continued to work together until Sasha Stone remarried.

Stone was a great photographer who was just as much at ease shooting a building or a nude. I enjoy the way he crops his nudes and is always finding interesting curves in the female figure. If you enjoy this work check out my favorite photographer in this genre, Ruth Bernhard.

The artist was also a theater set and costume designer. She received acclaim for her work on the 1934 production of Four Saints in Three Acts.

Florine Stettheimer passed away in 1944. She was years of age.

In this clip we catch up with our great friend James Kalm to view an exhibition of works by Florine Stettheimer:

Works by the artist can be found in the permanent collections of the Metropolitan Museum of Art, the Museum of Modern Art, and the Whitney Museum of Art all located in New York City.

The artist rarely participated in exhibitions preferring to show her work privately in non-competitive environments.

Fredrik Raddum is a contemporary sculptor from Norway. Fredrick Raddum was born in Sarpsborg, Norway in the year 1973. Raddum also creates large installations.

His work places animals and people in unusual situations. For instance a dog holding a stick to cook a sausage!

Raddum attended the Bergen Art School and the National Academy of Fine Art.

Raddum is based out of Oslo, Norway.

In this clip we view an exhibition of works by the artist:

Work by the artist can be found in Copenhagen at the National Museum of Art.

Fredrik Raddum’s work is very funny and entertaining to look at. His work is very lively and animated. Raddum’s emphasis on humor reminds me of the great Danish street artist Tejn. 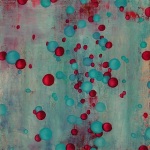 Merry Christmas to all those celebrating today!

Rex Yuasa is a contemporary abstract painter from Japan. Rex Yuasa was born in Tokyo, Japan in the year 1964.

The artist paints with acrylics, oils, and alkyds.

Yuasa is based out of San Diego, California.

Rex Yuasa is a fantastic example of contemporary abstract painting. From a design aspect the artist does a great job at painting his current emotional state. His work is very thought provoking. To me its as if he has bottled his emotional feeling at the time he was painting and inserted this feeling into a lava lamp!

Another interesting aspect of Yuasa’s work is his limited palette. This also helps to create feelings based on color. The artist even paints with black, another very difficult thing for an abstract painter to do.

Alex Yanes is a contemporary painter, wall relief artist, and sculptor. Alex Yanes was born in Miami, Florida in the year 1977. As a child he was very creative winning his first art contest when he was six years old. When he was ten years old he built his first treehouse.

Yanes is best known for his installations which feature bold color and geometric shapes.

Yanes is based out of Miami, Florida.

In this clip a brief documentary on Alex Yanes as he prepared for an exhibition in New York City:

Yanes has been very successful as a commercial artist and illustrator working with such internationally renown brands as the The Learning Channel, Kidrobot, Red Bull, and Adidas.

Alex Yanes’ style is a mixture of wonderful design with a great emphasis on text. His work also happens to be a great example of modernist sculpture. I find his work to remind of Vernor Panton. Panton’s furniture and even two dimensional works seem to vibrate with energy due to his use of color.

Yanes use of color and design in his letters reminds of contemporary street artist Ben Eine. Both artists due a great job at making letterforms visually entertaining and fun to look at.

Liu Guosong is a contemporary painter. Liu Guosong was born in Bangbu, Anhui Province, China in the year 1932. The artist is also known as Liu Kuo Sung.

Guosong moved to Taiwan in the year 1949. The artist attended National Taiwan Normal University where he learned to paint in Eastern and Western styles.

Inspired by the space movement, the artist began a series on this subject in the 1960’s.

The artist was the recipient of a Rockefeller Grant that allowed him to travel the globe in 1966. The artist gained worldwide acclaim and showed his art in the New York Galleries.

Guosong has taught at the collegiate level at Donghai University located in Taichung, Taiwan. The artist was also named head of research at Tainan National University for the Arts.

The artist spends most of his time in Shanghai, China and Taoyuan, Taiwan.

In this clip we view an exhibition of works by the the artist:

What a great vision of the modernist landscape. I enjoy his work for the wonderful combination of geometric and organic shapes.

Andrea LaHue is a contemporary street artist and painter renown for her work with flowers. LaHue tags her work with the name Random Act. LaHue also enjoys painting animals.

LaHue grew up in military family.

The artist’s biggest project is titled Random Acts of Flowers. This series of works involved painting botanical subjects in abandoned building across the United States.

Below a montage of works created by Andrea LaHue for the series Random Acts of Flowers:

LaHue’s work can be found on electrical boxes around Los Angeles, California.

The artist is based out of Los Angeles, California.

What great subject matter! I hope to see more street artists interested in the art of the flower!

Geitani enjoys focusing on geometrical and organic shapes seen in everyday life. The artist also focuses on the process of creating art. On some occasions the artist uses burned materials in the creation of his work.

The artist now resides in Lebanon. He spent 14 years living abroad in Paris, France. Geitani earned a M.F.A. from the University of Paris I-Sorbonne.

Geitani is a professor at Lebanese American University.

In this clip we pay a visit to the studio of the artist:

Work by the artist can be found in the permanent collection of the British Museum.

Geitani often paints with acrylics sometimes adding additional materials such as glitter and even rust.

Bassam Geitani work is a great example of contemporary art. The artist does a great job at creating patterns that repeat, not exactly but very similar. Geitani reminds me of another artist sometimes focusing on the process of creating, Damien Hirst. 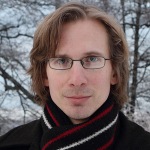 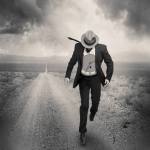 Ingberg is influenced by Surrealism. Ingberg’s idea of surrealism is to portray an abstract thought using a picture.

In this clip a montage of works by Tommy Ingberg:

Tommy Ingberg is a wonderful example of contemporary photography. Ingberg does a great job in his work at portraying dreams. His work is very contemplative and leaves the viewer with many questions in their head about his work and life in general.